The façade of the casino in Saint-Malo (1954) and the door, the Stations of the Cross, and the stained-glass window of the church of Saint Yves in Rennes (1956) mark Francis Pellerin’s departure from classical and figurative sculpture and the resolutely abstract direction he chose. Structure, however, most fully expresses this turning point, and its kinetic and geometric resolution. Displayed today in the alcove of the atrium of the Musée des Beaux-Arts de Rennes, the work is inspired by the aesthetic principles of art construit, Constructed Art.

Marie Berhaut, curator of the museum from 1949 to 1969, was instrumental in obtaining “a special loan to support the arts” from Rennes city council, as well as the agreement of Georges Salles, director of the Musées de France. On 1 April 1957, the museum reopened its doors to the public following a period of closure for restoration after the war. Francis Pellerin’s newly installed work caused a sensation, prompting René Massat to write in Les Lettres Françaises:

The Museum’s art of today has not been forgotten… I told you, this mobile is very much talked about here, and it deserves it.

Pellerin himself spoke of Structure in the following terms:

Marie Berhaut gave me absolute freedom in the conception of the work which has just been installed in the alcove of the museum atrium. In so doing, she created the conditions in which I could apply my artistic research at that time to the work and give her what she was hoping for without having actually expressed it… From an architectural perspective, why display a work such as this in a classical building? A marriage of reason would have introduced a statue in keeping with its context. Yet we united elements that were meant to be together and draw sustenance from their existence as forms. Giving shape to a sheet of polished metal represents nothing external to them. The sole purpose of its behaviour is to structure an architectural space, to become part of this space through movement. From the relationship between alcove and mobile arises the accidents of shadow and light which derive from the very nature of the piece, the shadows cast which are a harmonic link between the piece and the alcove, and the final movement which is a synergy of form, light and motion… 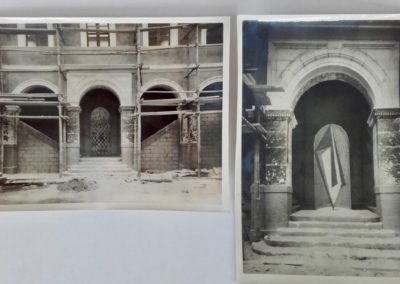 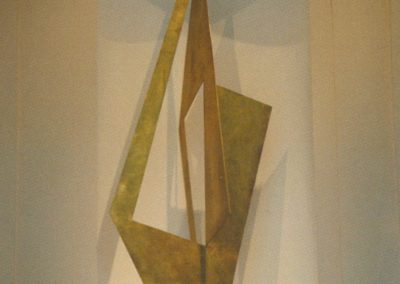 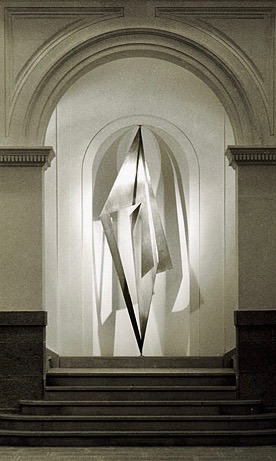 The mobile structure in situ, 1957

Francis Pellerin was a very active member of the Groupe Mesure, a group of plastic art experimentalists who aimed to generate discussion between painters, sculptors and architects, all of whom defined their work as abstract and geometric. The group was formed in 1960 under the initiative of geometric artists from the Salon des Réalités Nouvelles.

Pellerin’s involvement came about following his participation in the first Abstract Art Biennale in Bordeaux in 1957. Georges Folmer, secretary-general of the Salon des Réalités Nouvelles at the time, contacted the sculptor in 1960 with a request to send photographs of his work. He asked Pellerin to contribute a structure to the 1961 Salon, one that would form a coherent ensemble with three paintings by Auguste Herbin. Folmer also took the opportunity to ask Pellerin if Rennes would agree to show some Constructivist works on canvas, thus preparing the ground for moving the Salon des Réalités Nouvelles to the city.

On 30 June 1960, Francis Pellerin met with Marie Berhaut, curator of the Rennes Musée des Beaux-Arts, who approved the plan to exhibit a number of Salon des Réalités Nouvelles artists in February 1961. The Rennes municipal archives hold all the letters that passed between Marie Berhaut, Georges Folmer and Francis Pellerin. The correspondence reveals the intensity of the collaboration that made the first Groupe Mesure exhibition possible. The exhibition ran from 9 March to 30 April 1961, with an extension until 7 May 1961. It was the only exhibition by the group ever to be held in France.

Francis Le Corbel wrote of Francis Pellerin in the periodical Arts, no. 817:

The powerful character of Francis Pellerin is the force to be reckoned with in the group. He is only showing three structures, yet these represent the culmination of several years’ research from which the students of the École des Beaux-Arts in Rennes have benefited. Picasso once stated that “a painting is a sum of destructions before becoming a sum of affirmations.” Never has a work of art better illustrated this phrase.

The Groupe Mesure statutes were drawn up on 19 March 1962. Pellerin would participate in their annual exhibitions, which were held outside France, until 1965. 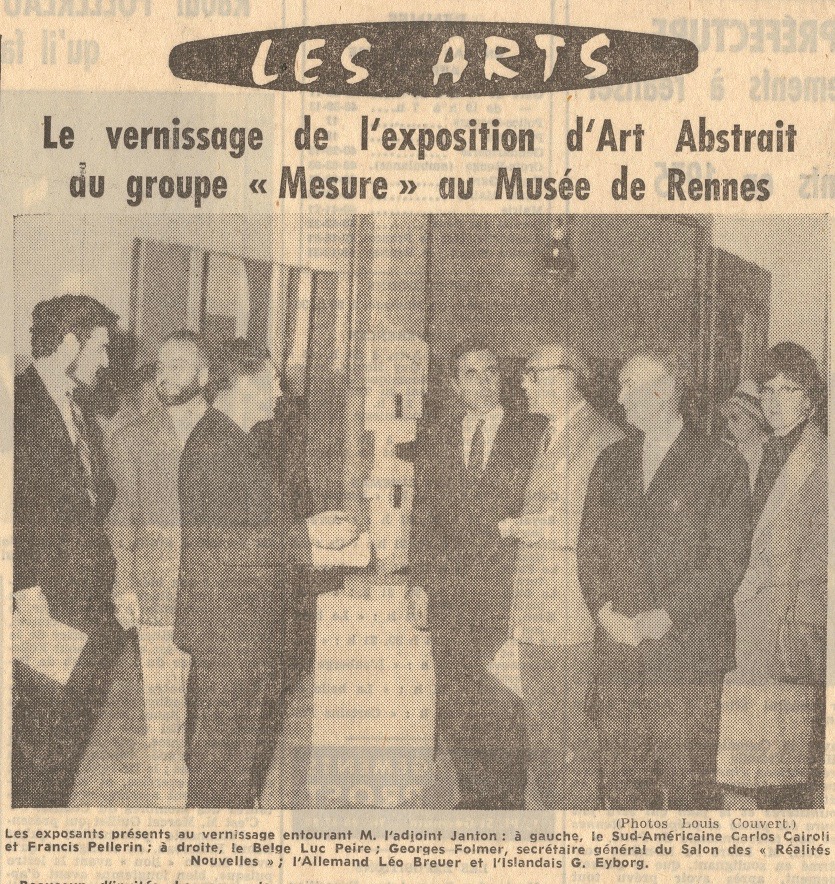 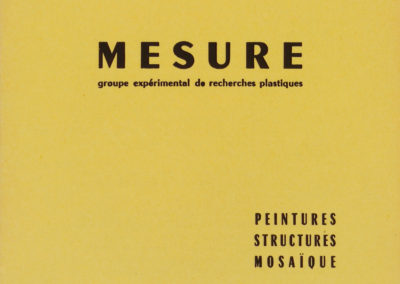 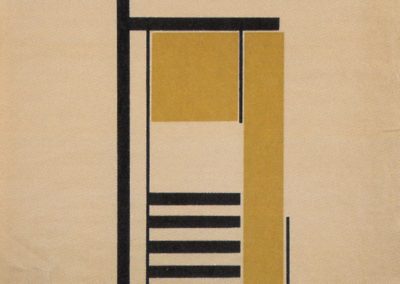 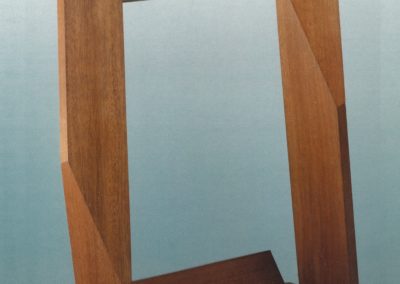 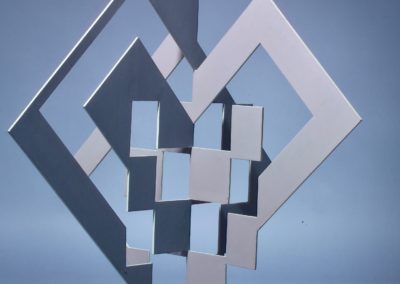 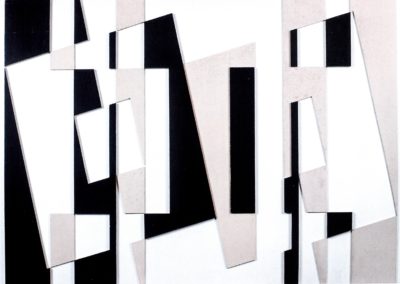 After the second exhibition at the Musée des Beaux-Arts de Rennes in 2005 (the first was held in 1969), and on the occasion of the New Year’s address by the mayor, Edmond Hervé, in 2007, Suzanne Pellerin explained:

This donation is an opportunity for me to thank the Council, those who have organised this wonderful exhibition; and to say thank you for the works by Francis Pellerin displayed in 24 public places in this beautiful city.

This sculpture was developed according to the same geometric and abstract principles as the mobile structure (in the atrium). Depending on the angle of the viewer, the formal perception of the piece is transformed. This quality is reinforced through the use of a palette of pure, non-illustrative colours… Francis Pellerin was sympathetic to monumental decorative works by Jean Gorin, Étienne Boethy and Félix Del Marle. He lost little time in positioning his abstract work in the Constructivist register of these artists 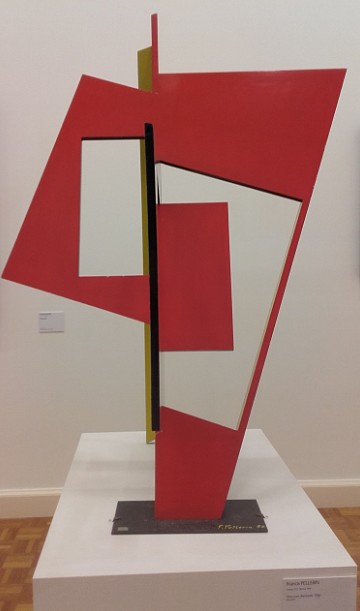 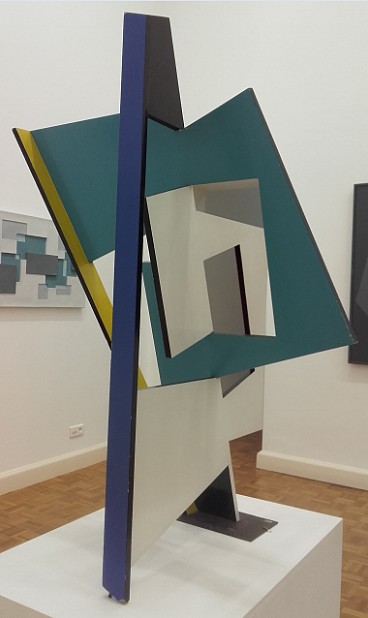 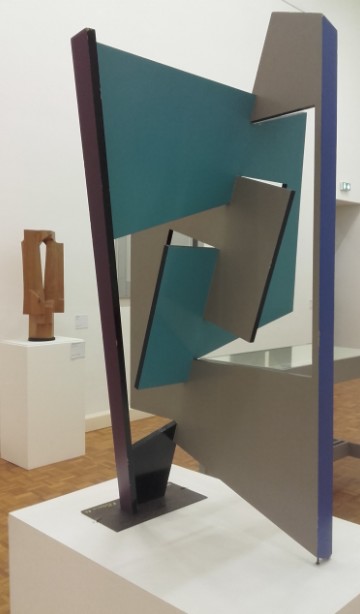 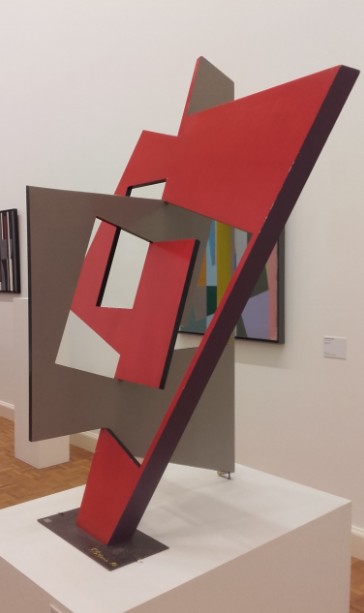 The archives of Pellerin’s atelier, held by the Archives de Rennes, show that the line structuring the work in acrylic on canvas (1988, untitled, 100 x 81 cm) was developed at the beginning of the 1950s. It is the line found in the paintings in the Grand Vaisseau series, a tribute to the writings of Kazimir Malevich (4 variations, oil on canvas, from the first geometric period; 13 variations, acrylic on canvas, from the second period).

The painting is structured with the same regulating lines that give energy to his sculptures. The tripartite format, common in the works of the first period, between 1956 and 1962, becomes more complex and will shortly disappear in the works completed between 1988 and 1998… Francis Pellerin takes from the Constructivists a use of colour that is never descriptive or imitative. Reduced here to shades of black and white and a palette of greys, colour reinforces the graphic and geometric structure of the composition. 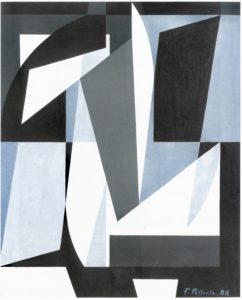 A painting donated to the museum by the Société des Amis du Musée (chaired by Sylvie Blottière-Derrien) in December 2014. Oil on canvas, 1957, 130 x 89 cm. The work recalls the structures déployées.